How to handle your legal entity left in Shanghai (Part. I)

After nearly three months of lockdown, Shanghai is finally reopened. The resumption of production and work also means that the administration’s supervision of businesses will once again return to routine. During the Shanghai lockdown, many foreigners chose to leave, without a clear thought about the business they have established in Shanghai. Now, how to handle the legal structures left here? Here are some tips from a legal aspect.

Carrying out the annual return with AMR

Putting the company into dormancy

Regulation of the People’s Republic of China on the Administration of the Registration of Market Entities has taken effect on 1 March, 2022, which newly introduced the dormancy rules in mainland China especially for helping companies survive amid Covid-19.

Before the introduction of the dormancy rules in China, if a company suspends business for more than 6 months in the absence of a justifiable cause, its business license will be revoked by law.

After the introduction of the dormancy rules in China, natural disasters, accidents, public health incidents and public security incidents can serve as justifiable causes allowing the company to temporarily suspend business for up to 3 years at its sole discretion.

Procedurally, before putting the company into dormancy, the company should file with AMR and negotiate with the employees to properly handle the labor relationships. After putting the company into dormancy, the company still needs to carry out the annual return in time with AMR. During the dormancy period, the company can resume the business at its sole discretion, subject to the announcement to the public through the National Enterprise Credit Information Publicity System within 30 days after the resumption. If the company wants to extend of the filed dormancy period, it can go through the extension filing procedure with AMR within 30 days prior to the expiration of the filed period, but should be limited to the maximum dormancy period of 3 years in total.

In practice, once the abovementioned regulation took effect on 1 March, 2022, there were companies successfully completed the filing procedures for dormancy with Shanghai AMR, on the ground of hardship due to Covid-19. In the coming days, Shanghai AMR will also take and improve relevant measures supporting the implementation of the dormancy rules in order to alleviate the pressure and stimulate the dynamic of companies.

It is quite common that foreign parent companies, as the shareholders of WFOEs or JVs, dispatch senior personnel from their home countries to WFOEs or JVs in China to supervise and manage the overall business in China. However, the unprecedented lockdown situation in Shanghai, which caused a tide of foreign executives to leave the country, brings the practical question on the table: what is the best practice for a foreign investor to remotely operate the subsidiary in China without or with only few foreign expatriates.

Setting up internal rules. To operate WFOEs and JVs in a systematic, methodical, and steady manner, it is important to structure the skeleton of the company by establishing internal rules and regulations to ensure a well-organized, effective, and compliant daily operation, traceable management of the workforce, and less controversial working environment. These internal rules include employee handbook, internal financial rules, code of conducts, rules of senior management, etc. Especially, the code of conducts should be designed by taking into account the industrial features to avoid relevant potential legal risks. For instance, a company operating in trading business should have clear rules about prohibition of commercial bribery.

It is also to be kept in mind that in order for these rules to work well and reduce challenges, the rule-making process should comply with the necessary procedural requirements, such as democratic procedures, publication procedures, etc.

Safekeeping of the seals. In China, the company seal is mandatory and essential for doing business, such as concluding various contracts, and for carrying out administrative matters, such as registration and filing at the AMR, customs and bank etc. Rights and obligations arising from documents stamped with the company seal should be borne by the company. It replaces signatures as used in western countries. Given the legal consequences associated with its usage, in practice, company seals are often put under custody of the legal representative or general manager of the company. Companies should pay attention to misappropriation, misuse, or forgery of seals and set up rules of using seals.

Besides the company seal, depending on the business and operational needs, companies may also use other seals for specific purposes (such as the contract seal for concluding contracts/orders only, the financial seal for financial matters such as operating bank accounts, and the invoice seal for issuing fapiao) on different types of official documents. These special seals normally have the same binding effect on companies towards a third party. Therefore, the use thereof should be equally under strict control by appropriate internal rules.

Contract management. The tips on this can be multifarious and scattered. In general, it is advised to: 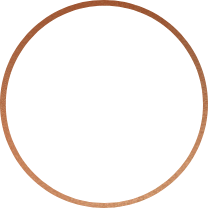 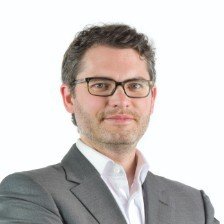 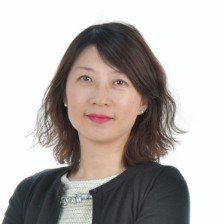 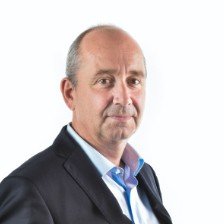 En savoir plus via les réglages.